View cart “Kill My Mother” has been added to your cart.

Adventures on a Desert Island

Adventures on a Desert Island is the first comic book to be nominated and shortlisted for the NIKE Literary Award, the most important and recognised literary award in Poland.

Woken up from a catastrophic dream, a man finds a diary behind his front door and starts to read it. He follows a story of a man who embarked on a cruise to Africa. The ship was sunk by a tsunami but he survived and found himself on a mysterious desert island. The plot is composed of strange stories whose peculiar character is highlighted by the author’s stylised language.
A journey into the unknown provides an opportunity to show the true face of modern man whose life remains unchanged even after a disaster. There is an inherent fallibility to Sieńczyk’s characters, as well as inability and unwillingness to change. Stranded on a desert island, they don’t take any action – they simply recount incredible stories and wait to be carried along by the tides of fate.

Sieńczyk’s work is genuinely multidimensional, pushing the boundaries of traditional comics. His distinctive drawing style along with unusual storytelling create a unique combination of comics and illustration. 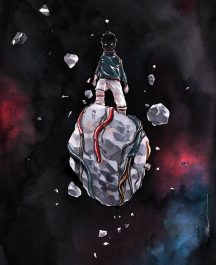 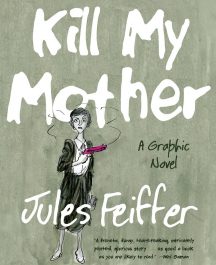 £9.99
Add to cart
Offering 15% off
on your next purchase when you sign up
Be the first to hear about exclusive offers, competitions and news about comics books at Gnash Comics when you sign up today!
This site uses cookies: Find out more.