The Tower in the Sea

Mure creates a mystical fantasy environment of anthropomorphic animals. In The Tower in the Sea we are first introduced in  flashback to a building on a remote island where a group of magic-users practice the long neglected art of divination, out of favour in the outside world due to the displeasure of a former monarch. Here, in this school for its study, a secret group have been keeping divining alive for a hinted-at greater good. Among the inhabitants of the island is student Miriam (who has spent most of her young life there), the head August Humble and teacher Madame Cornelia. Miriam is haunted by visions of the future that she believes are showing her the end of the world. But, isolated from the rest of civilisation on this offshore outpost, how can she take the chilling message of her visions to the people across the water and avert disaster

Add to cart
Out of stock 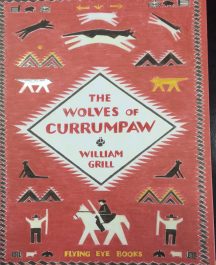 £12.99
Add to cart
Offering 15% off
on your next purchase when you sign up
Be the first to hear about exclusive offers, competitions and news about comics books at Gnash Comics when you sign up today!
This site uses cookies: Find out more.